AP YSR Aarogyasri Health Scheme 2019-20: Chief Minister of Andhra Pradesh YS Jagan Mohan Reddy has taken the key decision over the Health & Medical Dept during a review meeting at Tadepalli Camp office on 3 June 2019. AP CM has ordered officials to change the name of NTR Vaidya Seva Yojana as “Dr. YSR Aarogyasri Scheme”. This scheme will provide universal health coverage to lower and middle-class people & official website ysraarogyasri.ap.gov.in. In the review meeting headed by CM himself, discussions on various reforms in the healthcare policies were held.

Moreover, the primary aim is to enquire about the facilities and infrastructure at various government hospitals across the state. Under the AP YSR Aarogyasri Scheme, the treatment money for the illness above 1,000 would be given by the State Govt at any hospital and of any amount. When YS Rajasekhara Reddy was the CM of Andhra Pradesh, the medical services were provided in the name of the Rajiv Aarogyasri scheme. In 2014, the then TDP Govt has changed this name to NTR Vaidya Seva which is now again renamed as YSR Aarogyasri Scheme.

After the landslide victory in 2019 assembly elections in Andhra Pradesh, the YSRCP Govt has decided to provide medical services to people under “Dr. YSR Aarogyasri scheme”. The important features and highlights of this new YSR Arogyasiri scheme are as follows:

Note – The newly elected CM has suggested officers take necessary measures to reduce the private partnership in the medical field.

In addition to this, the main focus is to improve the medical services provided at the various govt hospitals. People who are living in remote areas would also be eligible for the YSR Aarogyasri Scheme In Andhra Pradesh.

The AP Govt issues an Aarogyasri Card and the beneficiary can use it at government and private hospitals to obtain services free of cost. In order to facilitate the effective implementation of the scheme, the State Govt set up the Aarogyasri Health Care Trust under the chairmanship of the Chief Minister. The trust is administered by a Chief Executive Officer who would be an IAS officer.

Chief Minister YS Jagan Mohan Reddy announced on 10 October 2019 that the Andhra Pradesh Govt would bring the treatment of 2,000 types of diseases and procedures under the YSR Aarogyasri Health Scheme from April 2020 on a pilot basis in West Godavari district.

Users, here we have provided you the complete details of AP YSR Aarogyasri Health Scheme 2019-20. If you have any queries related to the above post then feel free to comment down below. We will assist you shortly. You can also share this article with your friends so that they can also avail of this scheme. Thanks for visiting www.readermaster.com, stay tuned for more updates. 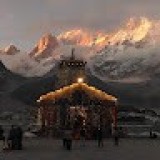